Talking To Your Child About: Bullying 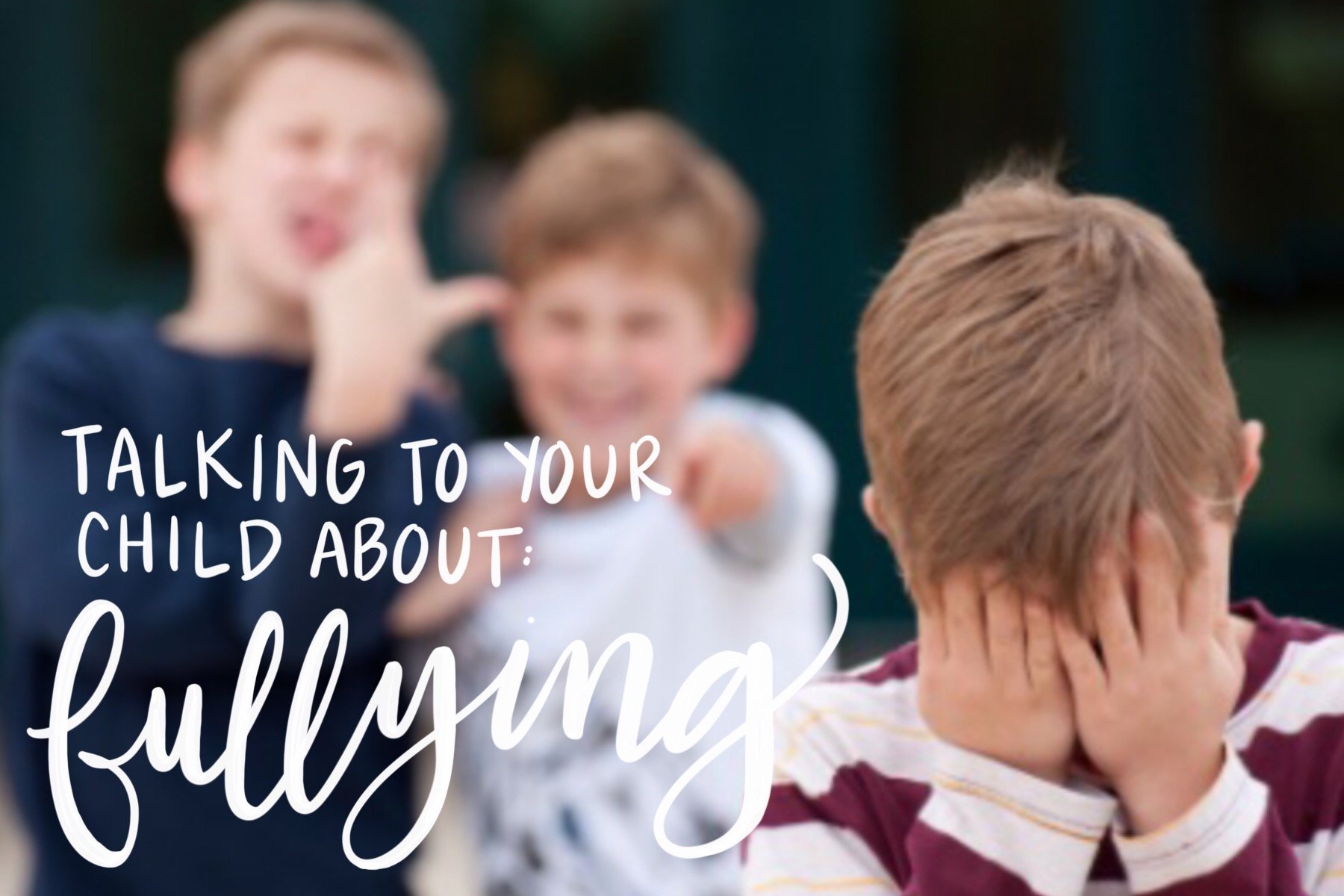 At some point, a child has been teased or picked on by a sibling or another child. Typically it isn’t harmful when done in a playful, friendly, and mutual way, and both kids find it funny. But when teasing becomes hurtful, unkind, and constant, it crosses the line into bullying and needs to stop.

Bullying is intentional tormenting in physical, verbal, or psychological ways. It can range from hitting, shoving, name-calling, threats, and mocking to extorting belongings and possessions. Some kids bully by shunning others and spreading rumors about them. Others use social media or electronic messaging to taunt others or hurt their feelings.

It's important to take bullying seriously and not just brush it off as something that kids need to "tough out." The effects can be serious and affect kids' sense of safety and self-worth. In severe cases, bullying has contributed to tragedies, such as suicides and school shootings.

Kids bully for multiple reasons. Sometimes they pick on kids because they need a victim — someone who seems emotionally or physically weaker, or just acts or appears different in some way — to feel more important, popular, or in control. While some bullies are bigger or stronger than their victims, that's not always the case.

Sometimes kids torment others because that's the way they've been treated. They may think their behavior is normal and acceptable because they come from families or other environments where everyone regularly gets angry and shouts or calls each other names.

Bullying can be hard to pinpoint if your child doesn’t mention being bullied or doesn’t have physical evidence of bullying.

However, there are some warning signs, such as: kids acting differently or seeming anxious, or not eating, sleeping well, or doing the things they usually enjoy. When kids seem moodier or more easily upset than usual, or when they start avoiding certain situations (like taking the bus to school), it might be because of a bully.

If you suspect bullying, but your child is reluctant to share this with you, find opportunities to bring up the issue in an easier manner. For instance, you might see a situation on TV and use it as a conversation starter by asking, "What do you think of this?" or "What do you think that person should have done?" This might lead to questions like: "Have you ever seen this happen?" or "Have you ever experienced this?" You might want to talk about any experiences you or another family member had at that age. This will help your child feel as though this isn’t uncommon and they are not alone in this situation.

When a child has been bullied, they sometimes feel as though it's their own fault, that if they looked or acted differently it wouldn't be happening. Sometimes they're scared that if the bully finds out that they told, it will get worse. Others are worried that their parents won't believe them or do anything about it. Or kids worry that their parents will urge them to fight back when they're scared to.

If your child tells you about being bullied, listen calmly and offer comfort and support.

Praise your child for doing the right thing by talking to you about it. Remind your child that he or she isn't alone — a lot of people get bullied at some point. Emphasize that it's the bully who is behaving badly — not your child. Reassure your child that you will figure out what to do about it together.

Let someone at school (the principal, school nurse, or a counselor or teacher) know about the situation. They are often able to monitor and take steps to prevent further problems.

Kids are often reluctant to tell adults about bullying because they feel embarrassed and ashamed that it's happening, or worry that their parents will be disappointed, upset, angry, or reactive. Instead be proactive in this situation by talking with your kids before they are confronted by a bully.

Since the term "bullying" is used to describe such a wide range of situations, there's no one-size-fits all approach.

Most schools have bullying policies and anti-bullying programs. In addition, many states have bullying laws and policies. Find out about the laws in your community. In certain cases, if you have serious concerns about your child's safety, you may need to contact legal authorities.