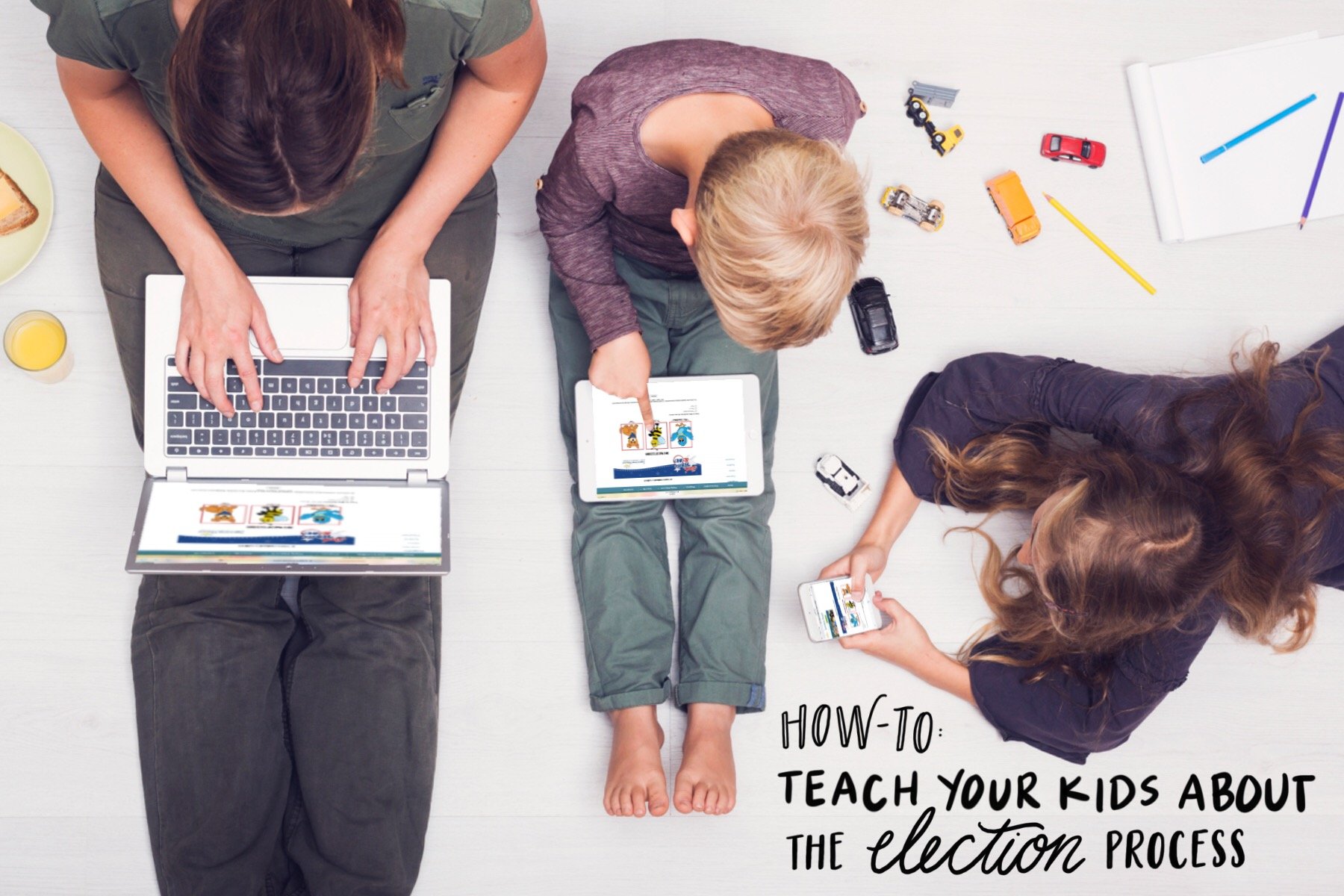 A simple way to introduce your children to how elections work is to read kid-friendly political books together. There are so many titles on the market that explain how politics work based on the reader's age. Colorful story books, nonfiction books written for a younger audience and humorous books are just a few types of books that make the election easy to understand for kids. You can find some of our favorites here.

2. Teach your kids about political parties

3. Introduce your kids to the candidates

Whether it's a mayoral race, state election or presidential election, introduce your kids to the candidates who are running for office. Attend a political rally. Look for political commercials on TV. Read about the candidates online. Visit their websites. Let your kids become familiar with who the candidates are and what their mission will be if they are elected or re-elected.

4. Explain how candidates are chosen

While practically anyone can decide she wants to run for office, as time goes on, campaigns flop and money runs out, we start to get a good look at the true contenders. But when you're talking presidential elections, the rules are somewhat different: Primaries. Caucuses. Delegates. Conventions. Break down each step of the journey to the White House from wanting to be president to actually walking into the Oval Office and putting your nameplate on the desk.

5. Watch the debates together

Fill the popcorn bowl and gather around the TV to watch the political debates with your older children. Make notes during the debate about the issues, points/counterpoints and ask your kids which candidate they think won the debate.

6. Take the kids with you to vote

Polls open early and close late. Fit some time into your schedule to take the kids with you to vote before or after school. Prepare them for what to expect. The volunteers will ask for your ID, check your name off the list, hand you a ballot or ask you to step over to a voting machine and when you're finished voting, you'll get an "I Voted" sticker.

Most polling centers will let you take your kids into the voting booth with you. Your children will get an up close view of you casting your vote in the election -- a great lesson no one else but you can show them.

Kids get to step into the voting booth and make their own important choices through mock elections. Everything you've taught them so far is put into action in a mock election.

Let your child cast their vote for their favorite candidate in our #MASCOTELECTION2016!

Visit: sunshinehouse.com/election to cast your vote!