How to Know if Your Child is Ready to Ditch Naptime 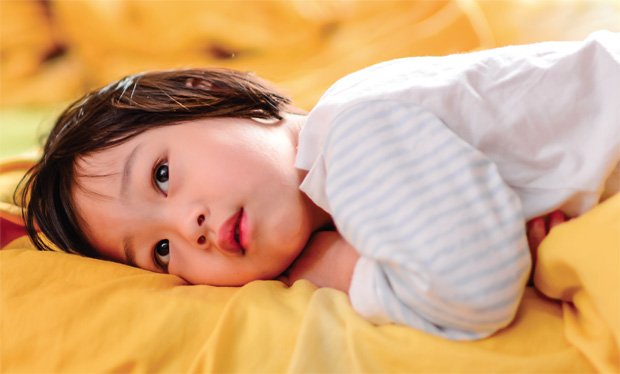 At some point in their childhood, your little one is going to ditch naptime. And for every child, this looks a little different.

If your youngest needs naptime a little longer than your first child did – that’s okay and perfectly normal. Depending on your child, the need for naptime changes. Here are a few ways to tell if your child is ready to ditch the naps:

They start to fight naptime

This can look several different ways: they won’t stay in bed, it takes them a while to fall asleep, they keep getting up, they call out to you, or they can simply just tell you they don’t want to take a nap. Now use your parental judgement on that last one. We all know that a toddler can say they don’t want a nap, but you know they genuinely need one. However, if this behavior repeats for several days or weeks, then your child just might be ready to ditch naptime.

They can survive a no-nap-day without a traumatic meltdown

Sometimes, naps are impossible. It may be you’re at an event all day or running errands and there’s just no way for them to nap. Use this time to evaluate their mood without a nap. If they make it through the day, no traumatic meltdown, and nothing seems out of the norm – then your child just might be ready to ditch naptime.

If naptime is still a part of the daily routine and your child seems to be staying up later and later with more energy, you might need to consider ditching naptime. Sleep is necessary for your child’s cognitive and physical development. A toddler around the age of 3 should be getting 12-13 hours of sleep in a 24-hour period. This means that if your child is taking a 3 hour nap every day and going to bed later or waking up earlier than usual the next day – then your child just might be ready to ditch naptime.

They are playing instead of sleeping during naptime

If your child spends naptime wide-awake playing with toys, that might be a sign that their body physically doesn’t need naptime. Normally if you put a toddler down for a nap they might occasionally play or fight their nap, but eventually their body will tire out and they sleep. But if your toddler is spending the entirety of their naptime doing anything but sleeping – your child just might be ready to ditch naptime.

If you think your child is ready to transition out of naps, here are a few tips for a smoother transition

Here’s to growing up and celebrating new milestones in your child’s life!