9 Election Topics To Cover with Your Child 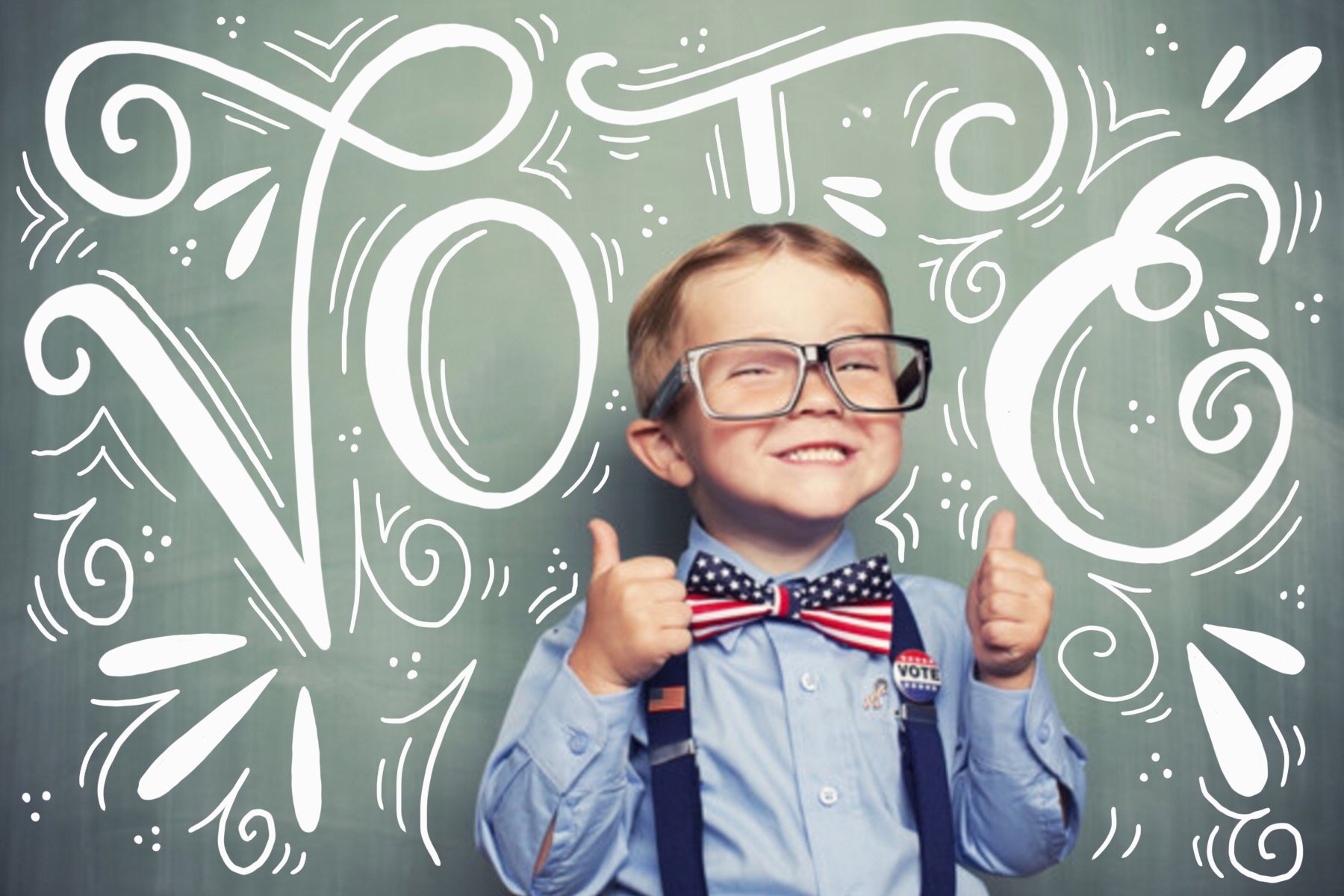 Explain to your child voting is a way for a group to make a decision. Family members can cast votes for a favorite meal, book or weekend activity.

School-age children are ready to learn that when this country began, the Founding Fathers wrote a constitution describing how we would govern ourselves. It said people should vote, but didn't say who could vote. That was left to each state to decide, which created problems.

In the past, people were denied the right to vote because of social class, gender or ethnic origin. Now after centuries of protest, four amendments to the Constitution, and several new laws, all U.S. citizens, 18 years or older, are allowed to vote.

Kids who get caught up in election excitement may be disappointed to learn they don't get a vote. Explain to your child that to vote in this country, you have to meet citizenship, residency and age requirements, meaning you have to be at least 18. But remind kids even if they can't vote in the presidential election, they can still vote in class, with their family or with a group of friends.

4. Why should people vote?

Raise a future voter by teaching children about the importance of making their voices heard. Tell them  only 64 percent of U.S. citizens age 18 and over voted in the 2004 presidential election. Explain that because a surprising number of elections are determined by small margins, it's important for all eligible voters to participate at the local and national level.

You may need to teach young children that a political party isn't the same as a birthday party -- even though they'll see lots of balloons, confetti and dancing if they watch a convention on TV. Show children that political parties are groups of people with similar interests who join together to support candidates.

School-age children have probably heard of the Democrats and Republicans. Introduce them to other parties, too, like the Green Party, the Libertarians and the Progressives. Remind them that voters can be independents and not join a party at all.

6. Can I become president?

Tell your aspiring world leader that, according to the Constitution, a person must meet three conditions to be eligible to become president. An individual must:

7.  What does the President do?

Children may understand the President leads the nation, but you can explain that he also serves as the head of the military, makes agreements with other nations, and chooses people to hold important government jobs. He doesn't do it on his own, however.

8. What do donkeys and elephants have to do with presidency and voting?

Political symbols can be a fun topic to explore with children, since they have roots in something kids love: cartoons. Tell children that before TV, radio and the Internet, political parties used printed materials to attract and educate voters.

Political cartoonist Thomas Nast (the same man who created our modern image of Santa Claus) drew a cartoon of a Democratic donkey and a Republican elephant in the late 1870s. These symbols have since become official mascots of their parties.

Invite young children to draw their own cartoon symbols for causes they believe in, whether they're helping animals, saving the earth or raising money for a children's charity.

9. How can kids get involved in the election?

Let your children know  even though they can't vote yet, they can encourage the adults in their life to register to vote and to campaign for their favorite causes and candidates. Future voters can also pass out fliers, help at polling places (in some states), listen to debates and wear buttons or T-shirts for their favorite nominee.