5 Ways to Teach Your Kids About a Solar Eclipse 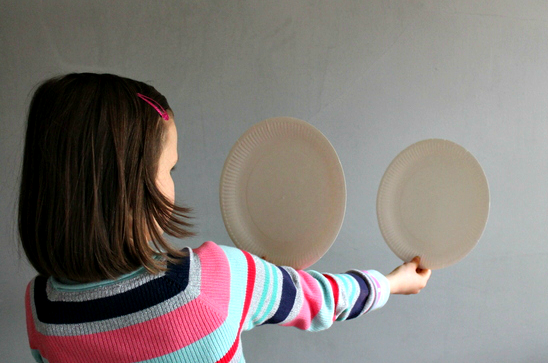 Without a shadow of a doubt, your kids should learn about the total solar eclipse on August 21st. The last time the United States had an eclipse of this level was in 1918 -- and the next won't be until 2024, making this the opportunity of a lifetime for your children!

A total solar is when the Earth, moon, and sun all line up so the moon totally blocks the sun. Solar eclipses happen every 18 months or so, but this one is different: the shadow from this eclipse will pass diagonally from the west coast of Oregon to the east coast of South Carolina.

Grab a flashlight, a Styrofoam ball, and some string from your local craft store. Hang the ball in front of a wall and shine the flashlight so you can see the ball's shadow on the wall. You can even hang a map of the United States on the wall to show them the path of totality.

There's more to a solar eclipse than just the sun going dark. Eclipses come with a drop in temperature and a change in wind speed and direction. Use your solar eclipse demonstration to explain why these changes happen. For example, the reason the temperature drops is because the sun's light is blocked from the earth.

For your younger kids, make the solar eclipse into a fun game! You can play a variation on "Duck, Duck, Goose" called "Sun, Sun, Moon" where the moon chases the sun. When the moon catches the sun, the kids yell "Total Eclipse!" This can be a great segue from the solar eclipse simulation.

Visit your local library to find children's books about the solar eclipse. The book "Someone is Eating the Sun" by Ruth Sonneborn uses animals to explain the movement of the moon in front of the sun. This book is great because it teaches kids not to look directly at the sun, even though the sun is technically blocked. Other great books include "The Big Eclipse" by Nancy Coffelt and “When the Sun Goes Dark” by Andrew Fraknoi and Dennis Schatz.

No matter how you choose to teach your kids about the solar eclipse, make sure it's fun. Your kids are more likely to show an interest in science when it starts at home. Who knows, after the solar eclipse you might have some future astronomers on your hands!